We’ve just been nominated for a BAFTA award as part of the NRG Digital team for this production celebrating the history and grandeur that is Exeter Cathedral. Following up on the success of our Westminster Abbey film, the same team returns to switch our attention to Exeter. Script written and presented by Andrew Chater; produced and directed by Rob Edmonds at NRG and graphics and visual effects by Medioto, of course. 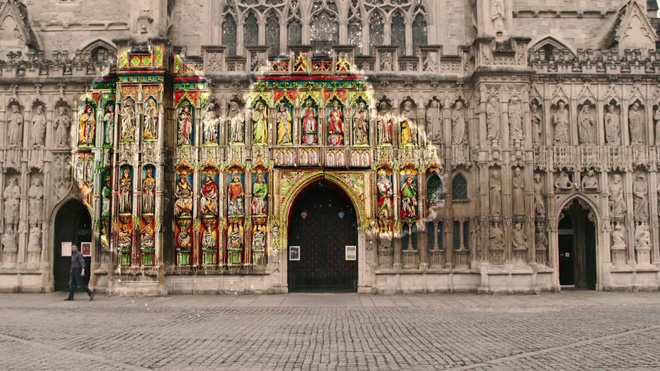 Race for the Vaccine – Panorama

Medioto worked with the Panorama team & used Cinema 4D's capacity to build 'mograph' dynamic simulations based on our understandings of the molecular...

The Cyprus Papers is a leak of 2,500 named applications for EU citizenship issued by the Cyprus government over the period of 2 years....

This one takes some beating, in terms of the audacity of the scam.  A large scale plan to skim the credit card details from tourists by planting the s...

So what have you observed that might make an interesting lead for any investigation? Well here’s what you can do to start the investigation...

Dispatches – Coronavirus – Can our NHS cope?

A&E doctor Saleyha Ahsan investigates… will the NHS run out of beds? Will it have enough vital equipment, like ventilators? Are there enough...

Dispatches – Starbucks & Nespresso: The Truth About Your Coffee

Our team created gritty, location based graphics for an investigation launched by Channel 4 on major coffee companies such as Starbucks and Nespresso...