Using styling borrowed from agitprop posters from Soviet Russia, Medioto helped Aljazeera’s Investigative Unit unravel a plot hatched by powerful Eastern European oligarchs to make millions of dollars from a crooked deal involving a web of offshore companies and international lawyers to raid US$160 million dollars under the noses of the authorities.

The Oligarchs include an exiled gas billionaire guarded by Russian special forces, a Moscow property magnate and an Olympic show jumper on the run from Ukrainian authorities. Throughout these deliberately murky, opaque dealings our motion graphics hopefully simpilfy the processes involved in money laundering and the formation of shell companies.

Here’s a link to the main “The Oligarchs “ film on Youtube but for a taster sample of our graphics, have a look below. 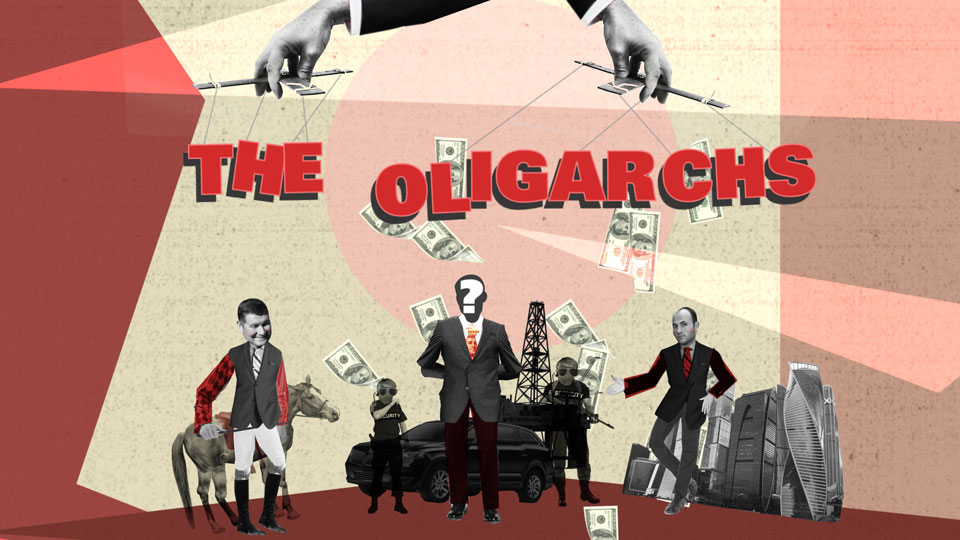 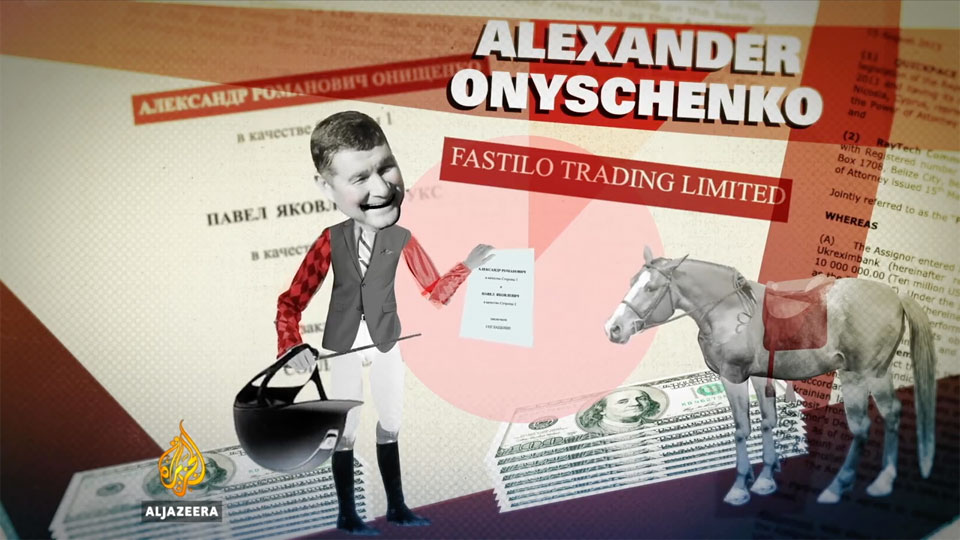 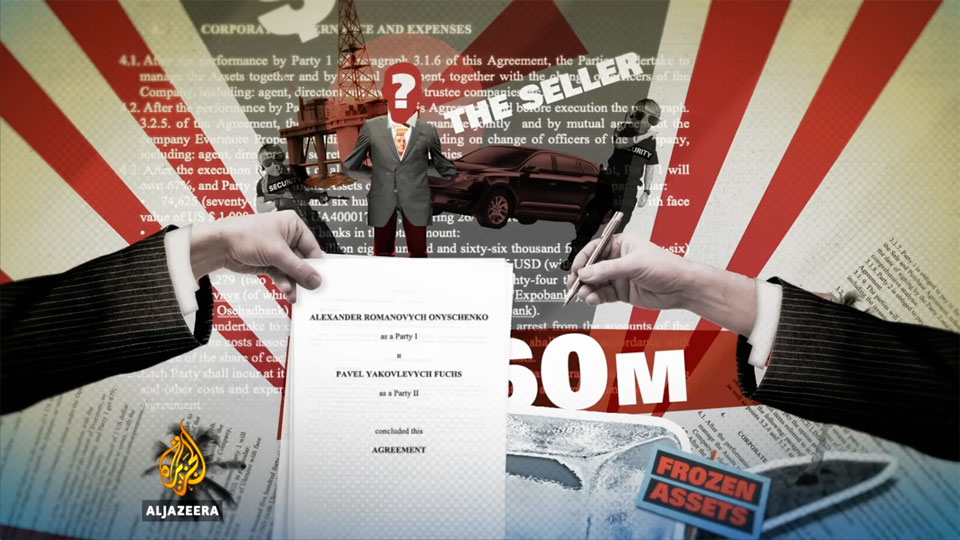 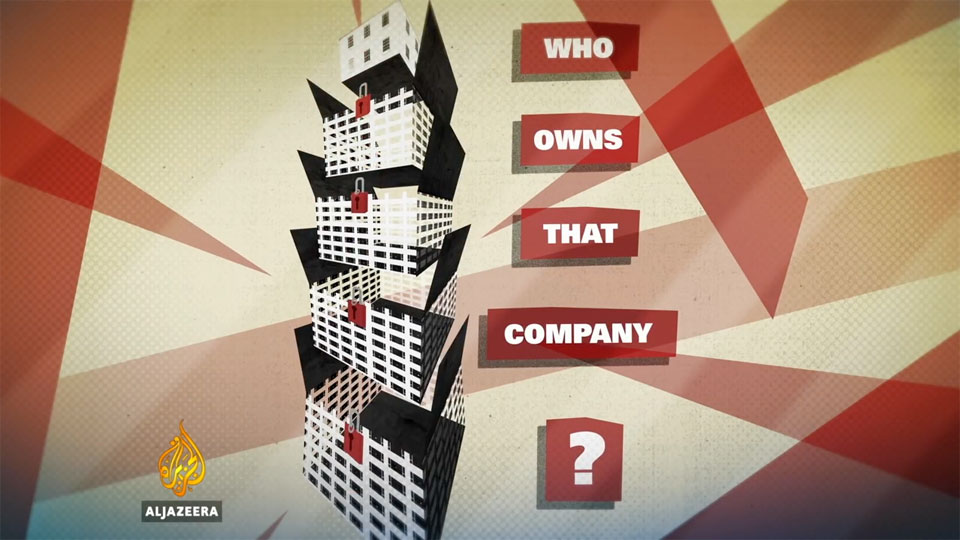 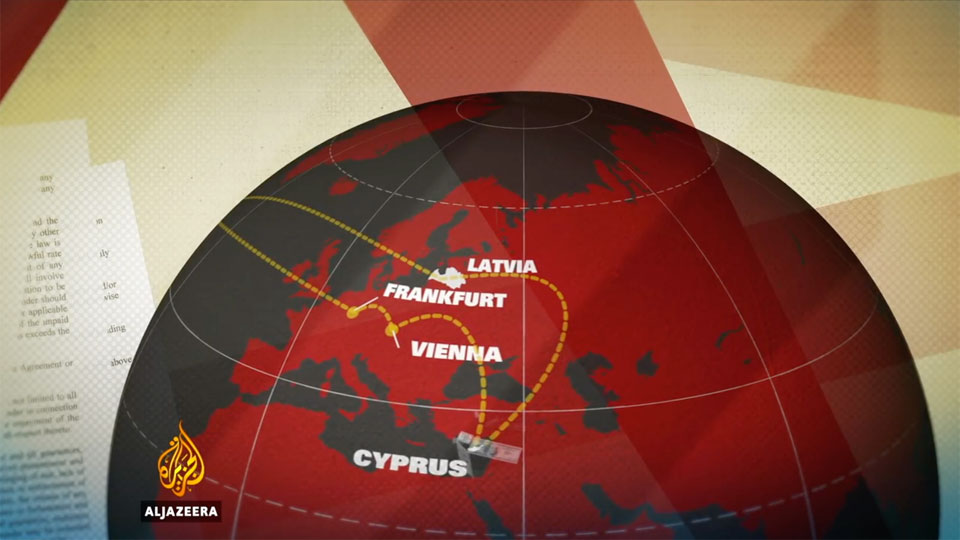 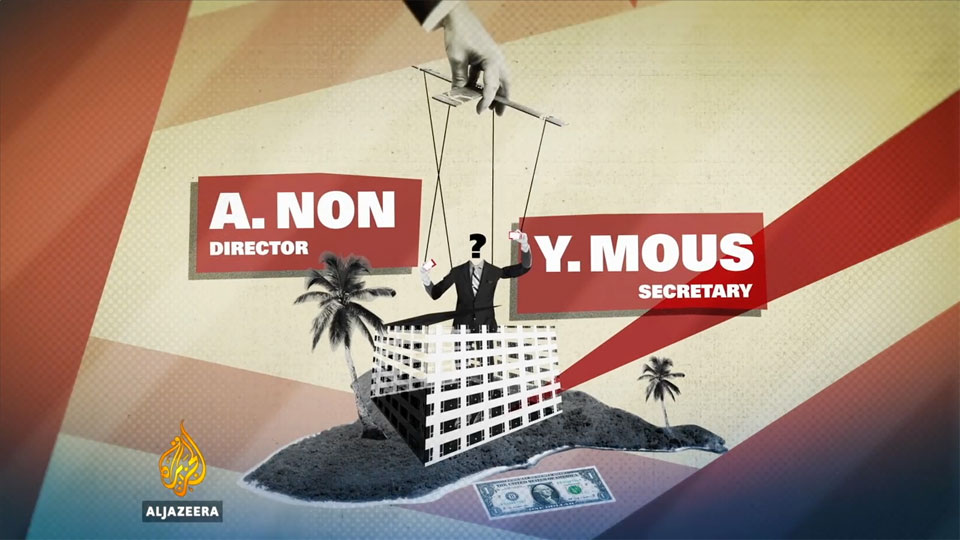