A new rebrand for this long-running BBC documentary strand. After many alternatives we opted for this very subtle logotype with an interesting slide across the 'W' letterform.
Read More

So what have you observed that might make an interesting lead for any investigation? Well here’s what you can do to start the investigation… Al Jazeera’s branded colours used to great effect here in this instructional animated film.
Read More

Towards the end of 2019 Ben Stokes was awarded the BBC ‘Sports Personality of the Year’ award. This film outlines the great year he had with the help of some cool animated reconstructions of the action. The film was produced and directed by Stamp Productions.
Read More

Lots of sparkle in this advert where we follow the Capgemini energy and direction as it interacts with software systems, corporate teams and global markets to unlock the full potential therein.
Read More

February 15, 2019 | Comments Off on Dunlop – Journey for Perfection

This Dunlop film  was directed by Tim Frewer of Light Shop Films for Studio Tangerine. Motion graphics were tracked and animated by Andrew Whittle. GFX directed by Paul. All produced by Patrick Rowe.
Read More

Channel 4’s Hugo Ward commissioned us to rebrand the channel’s flagship documentary strand ‘Unreported World’. We thought we would create a series of silhouetted figures inhabiting a diverse landscape which would attempt to suggest that the programmes were concentrating on the normally faceless figures which the news often bypasses or certainly has less time for. See below.
Read More

We’ve provided all the elements for Coca-Cola’s conference opening film.  From quirky animated characters to an environment around the circumference of a classic coke bottle; all providing the holding device for CC to celebrate their achievements during the year. [/vc_row]
Read More 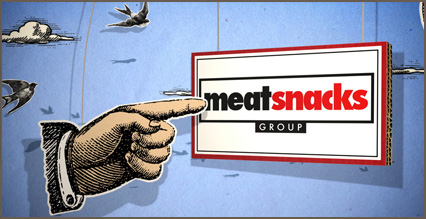 This is how Meat Snacks Group make Beef Jerky in their factory in Scotland. Superbly animated by our own Lucie Julliat with a little from the rest of the team. This is an NRG Digital production produced by Rob Edmonds.
Read More